PLAY "ARMS AND THE MAN"

Popular posts from this blog

HOW TO INCREASE THE SPEED OF INTERNET IN WINDOWS ALL VERSIONS

December 20, 2011
I AM GONNA SHOW (THERE IS A VIDEO BELOW) HOW TO INCREASE THE SPEED OF YOUR INTERNET CONNECTION BY  A MINIMUM OF 50% INCREMENT AND A MAXIMUM OF 10 TIMES(IT CAN BE INCREASED BEYOND 10 TIMES ALSO).  FOR WINDOWS 7 STARTER, HOME BASIC AND HOME PREMIUM   AND FOR  WINDOWS XP(ANY VERSION WITH ANY SERVICE PACK)/ VISTA/ 7 PROFESSIONAL AND ULTIMATE SEE THE VIDEO GIVEN BELOW OR FOLLOW RESPECTIVE STEPS-------------------- STEPS TO BE TAKEN FOR WIN 7 STARTER,BASIC AND PREMIUM :- 1.OPEN THE START MENU. IN THE START SEARCH TYPE regedit AND PRESS ENTER. 2.CLICK ON THE CONTINUE BUTTON IN THE UAC PROMPT. 3.IN THE REGEDIT(REGISTRY EDITOR) GO TO: HKEY_LOCAL_MACHINE/SOFTWARE/policies/microsoft/windows 4.IN THE LEFT PANE, RIGHT CLICK ON WINDOWS AND CLICK ON NEW AND KEY. 5.TYPE Psched AND CLICK ENTER. 6.IN THE RIGHT PANE RIGHT CLICK ON AN EMPTY AREA AND CLICK ON NEW AND DWORD(32 BIT VALUE). 7.TYPE NonBestEffortLimit AND PRESS ENTER. RIGHT CLICK ON NonBestEffortLimit CLICK MODIFY. 8.GIVE V
Read more

PLAY ARMS AND THE MAN BY BERNARD SHAW FULL ANALYSIS 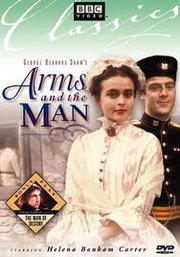 हियर इस थे विडियो ऑफ़ थे PLAY ACTWISE ANALYSIS OF THE PLAY Act 1: In reading a Shavian play, one should pay attention to Shaw's staging directions at the beginning of the act. The stage directions here call for the scenery to convey the impression of cheap Viennese pretentious aristocracy incongruously combined with good, solid Bulgarian commonplace items. Likewise, since Raina will ultimately be seen as a person who will often assume a pose for dramatic effect, the act opens with her being (in Shaw's words) "intensely conscious of the romantic beauty of the night and of the fact that her own youth and beauty are part of it." As we find out later, she even listens at doors and waits until the proper moment to make the most effective, dramatic entrance. The title of this play is ironic since it comes from the opening line of (a Roman poet) Virgil's  Aeneid  ("Of arms and the man I sing. . . .") written in 19 BC. It is an epic which g
Read more
December 26, 2018 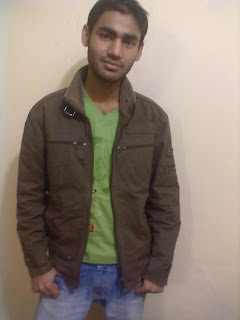